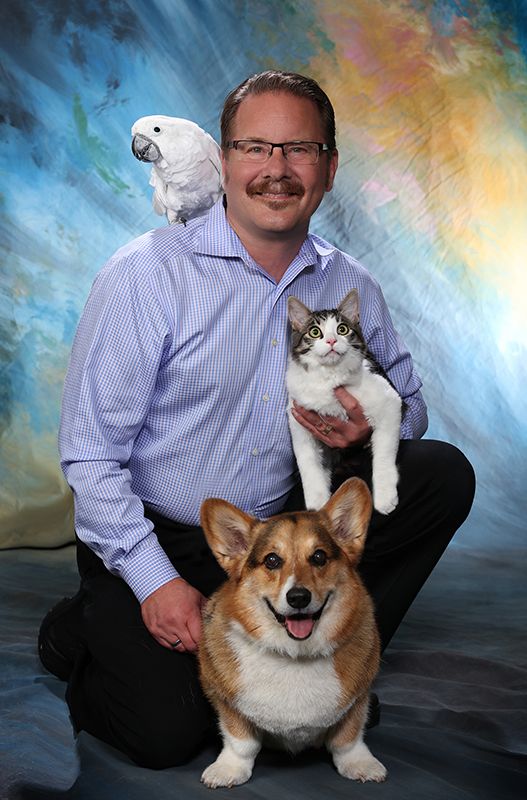 Dr. Roark Freeman has been a lifelong resident of the East Bay. He grew up in Livermore and attended Cal State East Bay before attending UC Davis and receiving his BS and Doctorate degrees in Veterinary Medicine. Upon completion of Veterinary School Dr. Freeman worked briefly in a multi-doctor Veterinary Hospital in San Jose. He then founded a Veterinary hospital in Santa Clara and later, another in Union City. Dr. Freeman is also a Certified Veterinary Practice Manager.

Dr. Freeman’s practice interests include caring for his clients (he loves meeting new people and building relationships) as well as supporting the Human Animal Bond through prevention of illness and promotion of health and longevity in his canine, feline, avian and exotic patients.

Dr. Freeman knows that many animals who are candidates for advanced Imaging options such as Computed Tomography (CT) and Magnetic Resonance Imaging (MRI) never receive these diagnostic modalities through cost, lack of access, or in many cases because potential referring practitioners are not aware that exciting new generation technologies have been introduced to the Veterinary Profession. Dr. Freeman believes that newer treatments for acute and chronic injuries such as photobiomodulation (laser therapy) and Platelet Rich Plasma (PRP) hold much more promise over drugs alone to help animals with debilitating injuries return to function.

Dr. Freeman and his wife have two grown children, one grandson and live locally on a ranch with their three horses, two parrots, their Corgi and a clowder (group) of cats.

Nicole was born and raised in the West Suburbs of Chicago. From an early age, Nicole was interested in science, math and animals. Her first job mucking stalls at a therapeutic horseback riding barn in Burr Ridge at 14 years old cemented her lifelong interest in animals and animal welfare. Dogs, cats, horses and other creatures have always been part of her life.

After high school, she attended St. Andrews Presbyterian College for Hippotherapy, but changed to Biochemistry and transferred out to a school with more rigorous science programs and more potential for research. Along the way, Nicole crossed paths with her future husband, who was also studying at St Andrews. They transferred together.

Nicole graduated from Loyola University in 2003 with a degree in Biochemistry. She did her undergraduate research characterizing the thermodynamics of interactions between Spectrin alpha and beta form brain and erythrocyte.

Nicole attended University of Illinois Chicago for 8 years, pursuing research in Pharmaceutical Biotechnology. Her research was characterizing loop movements in Shikimate kinase from M. tuberculosis by NMR (Nuclear Magnetic Resonance) in the presence and absence of substrates, products, inhibitors and attempting to identify novel inhibitors of this protein as potential new drug leads.

Nicole and Rob moved to California in 2013. Nicole is currently working in the Veterinary field where she continues to blend her interests in Animals and Technology.

Nicole and Rob are proud guardians of two Basenjis who are part of the Basenji club of America African Stock Project, which brings basenjis from the Democratic Republic of Congo to the US to increase the gene pool of US basenjis and hopefully decrease the incidence of genetic diseases like Fanconi Syndrome, a hereditary kidney disorder. Peggy, their female is full African. Both her parents were brought to the US by Bonobo researcher Dr. Jo Thompson and the Lukuru Foundation. Corin, their male is half African. His Sire was brought to the US by Jon Curby of the Orthopedic Foundation for Animals.

There is also a small school in the village where Corin’s father was found. The Congolese School at Epi. Several Baseni people wanted to give back to the village where so many of the new African imports were sourced, so Robert, Nicole, and Ethel Blair from Australia along with several non-basenji friends put together a charity, The RainShine Foundation to support and expand the school, and also to hopefully institute, support and expand other schools in remote and rural areas of the Democratic republic of Congo. http://www.rainshinefound.com/ 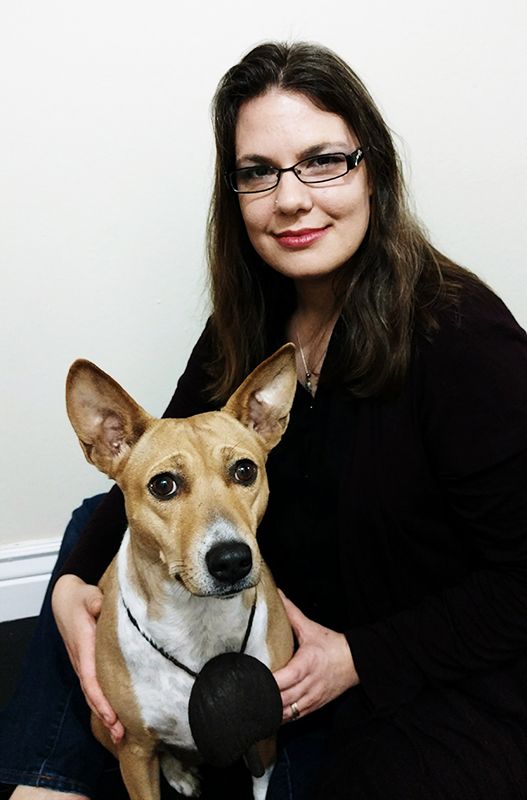